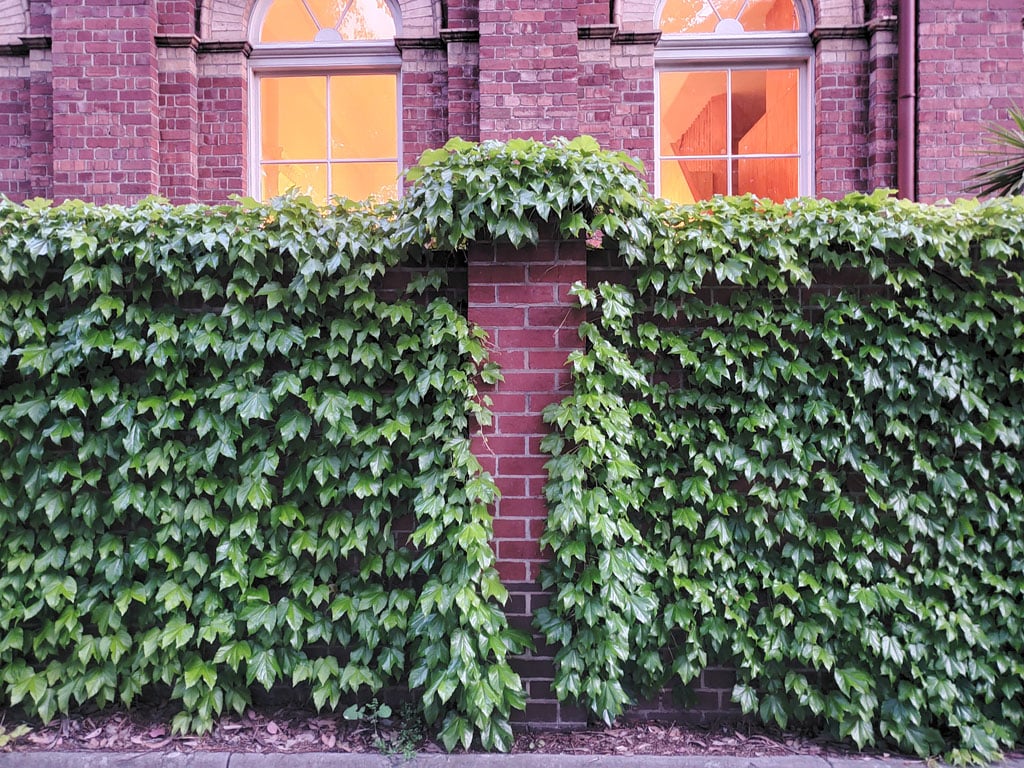 In the historic neighborhoods of Washington, DC and Capitol Hill, there are many historic brick and masonry buildings with ivy growing on the exterior facades.  Our clients often ask for our advice on the pros and cons of ivy vines on building walls.  It’s not exactly a cut and dry issue.   On masonry building assemblies where there is already historic brick with deterioration and openings in the brick joints, ivy can be invasive and grow root tendril systems into soft mortar. That root growth can accelerate deterioration.  This is particularly applicable and problematic with original lime mortar joints in Washington, DC.  However, on masonry walls with brick and mortar in good condition damage from ivy is often very limited.  More than anything else, whether or not ivy is bad for a wall, depends on the condition of the masonry.  Generally ivy roots are hair-like and grow shallow root systems, a type of adventitious root system.  In contrast to tree roots, ivy roots do not have the same strength to separate heavy structural building components.  Nonetheless, they can damage deteriorated masonry joints.

In the adjacent picture you can see an example of a building which was actually built many decades ago.   The building has been renovated to have a somewhat typical contemporary aesthetic. The ivy on the building softens the hard and cold edges of the architecture. Some people would say that this adds a positive element to the aesthetic and that ivy vines add a charm to historic buildings, like the feel of a courtyard garden.

In the adjacency photograph, you can see a historic brick wall covered in ivy. 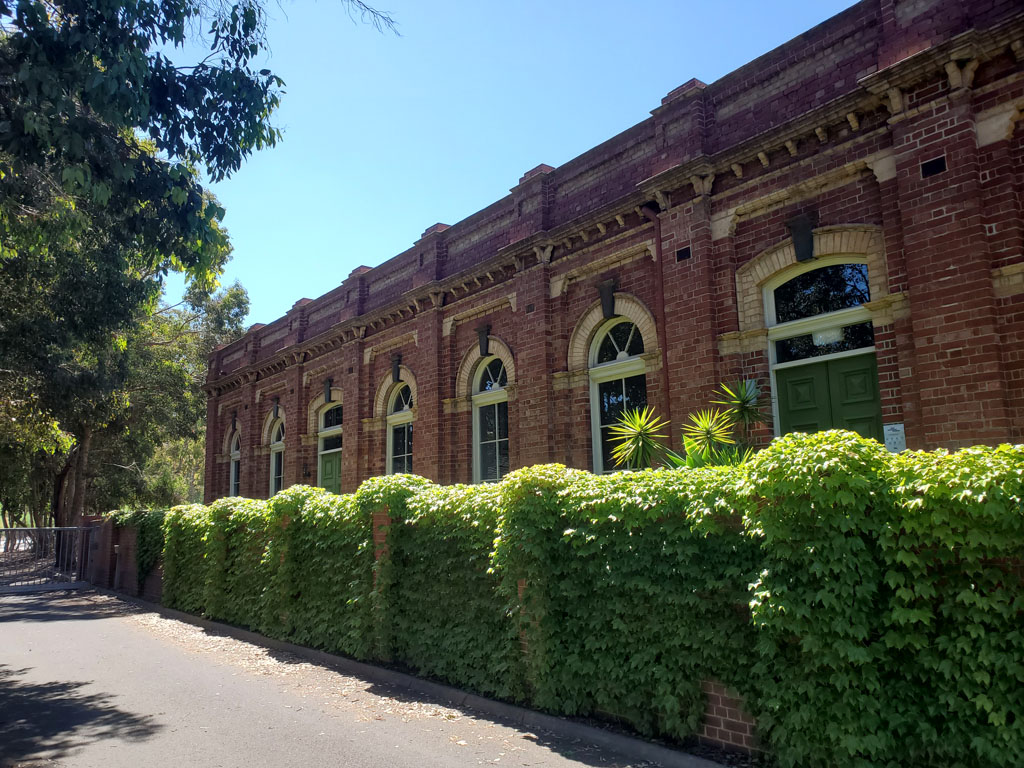 To an extent ivy vines can hold moisture against a wall and reduce regular dry cycle times.   By-and-large though, the biggest problem associated with the ivy is the invasive nature of the tendril roots.

The adjacent picture shows a close up view of ivy tendrils attached to a brick wall.  These tendrils have small sucker pod feet which can be very difficult to remove from brick walls, even after the major vines and entire plant has been killed.   Some people suggest burning the tendril pods off with a blow torch or using a wire brush to remove them.  We generally advise against using an open flame to remove the vine roots, for obvious safety related reasons.  Other options, because of both limitations to efficacy and environmental concerns are also not perfect solutions, but some specialists suggest using trisodium phosphate chemicals and paint strippers.

There are also concerns with ivy attracting pest animals, by providing vermin and insects a small ecosystem to live within.  We have not actually seen many examples of large animal and pest related problems in areas of ivy vines, but we understand the pest control related reasoning behind removing ivy vines.

A closer look at the vine and leaf covered area of a wall climbing vine can be seen on the adjacent picture. 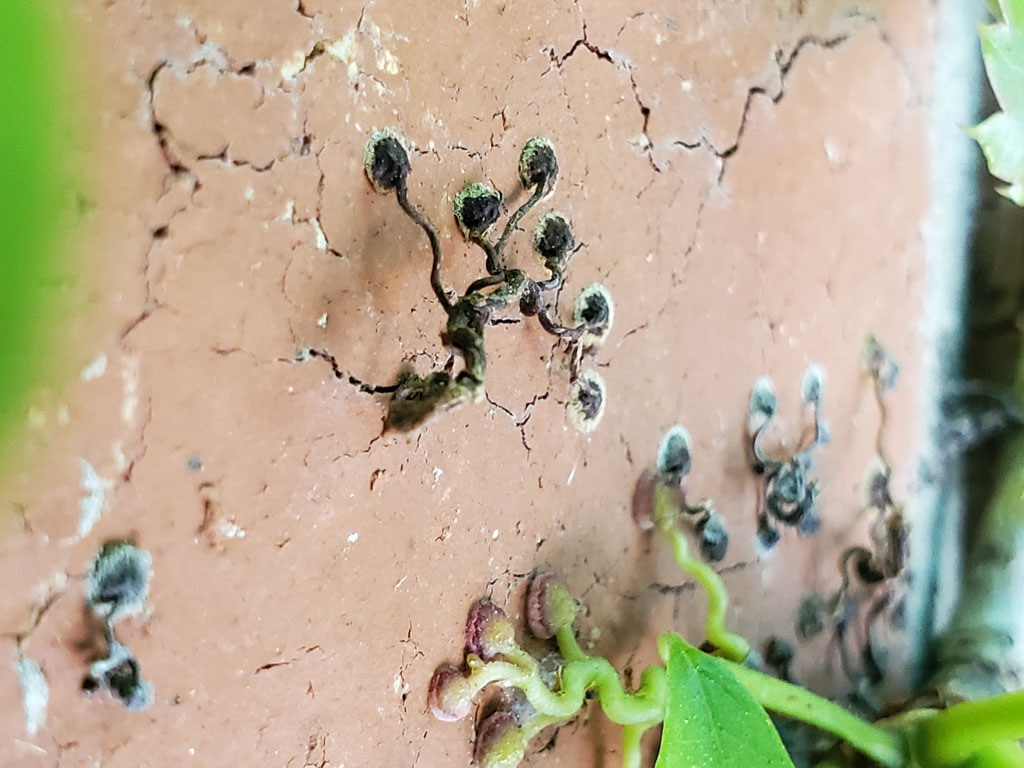 There’s not just one type of ivy, there are actually several different varieties with different characteristics.   English Ivy is one of the most common types in Washington, DC.  Other common varieties are Boston Ivy, Fig Ivy, and Virginia Creeper.  Some of the latter types have been suggested as less invasive or less destructive alternatives. English Ivy can be persistent and creep into other areas to the point that it can be considered an invasive nuisance.

Ivy can also cause problems, not just with masonry walls themselves, but even more so with building accessories and architectural details such as doors, windows, screens, exterior mouldings, roof eaves, gravel stops, fascia boards, gutters and downspouts.   Screens can simply be ruined by ivy. The tendril suckers can over take screens to the extent that they can’t be removed without ruining or damaging the screen beyond repair.   Vines can grow to over 1″ thick and push gutters away from buildings and make them leak by separating the overlaid and overlapping flashing from the gutter itself.  Even though vines do not generally have the strength to separate structural building elements, gutters are weaker and easier to bend and therefore at risk of damage from ivy.

Green walls sound similar to ivy walls, but green walls are generally built intentionally with systems to suspend them from the actual facade of the building and separate or isolate roots that would otherwise damage the building facade.

In this article we talked about the following terminology and  concepts, click the links below for more related information from the IDS website:

These concepts are part of the fundamentals of modern and historic masonry building construction, upkeep, maintenance, repair and restoration. 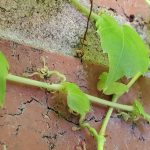 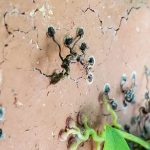 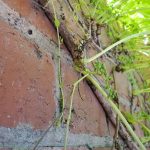 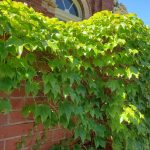 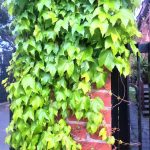 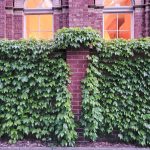